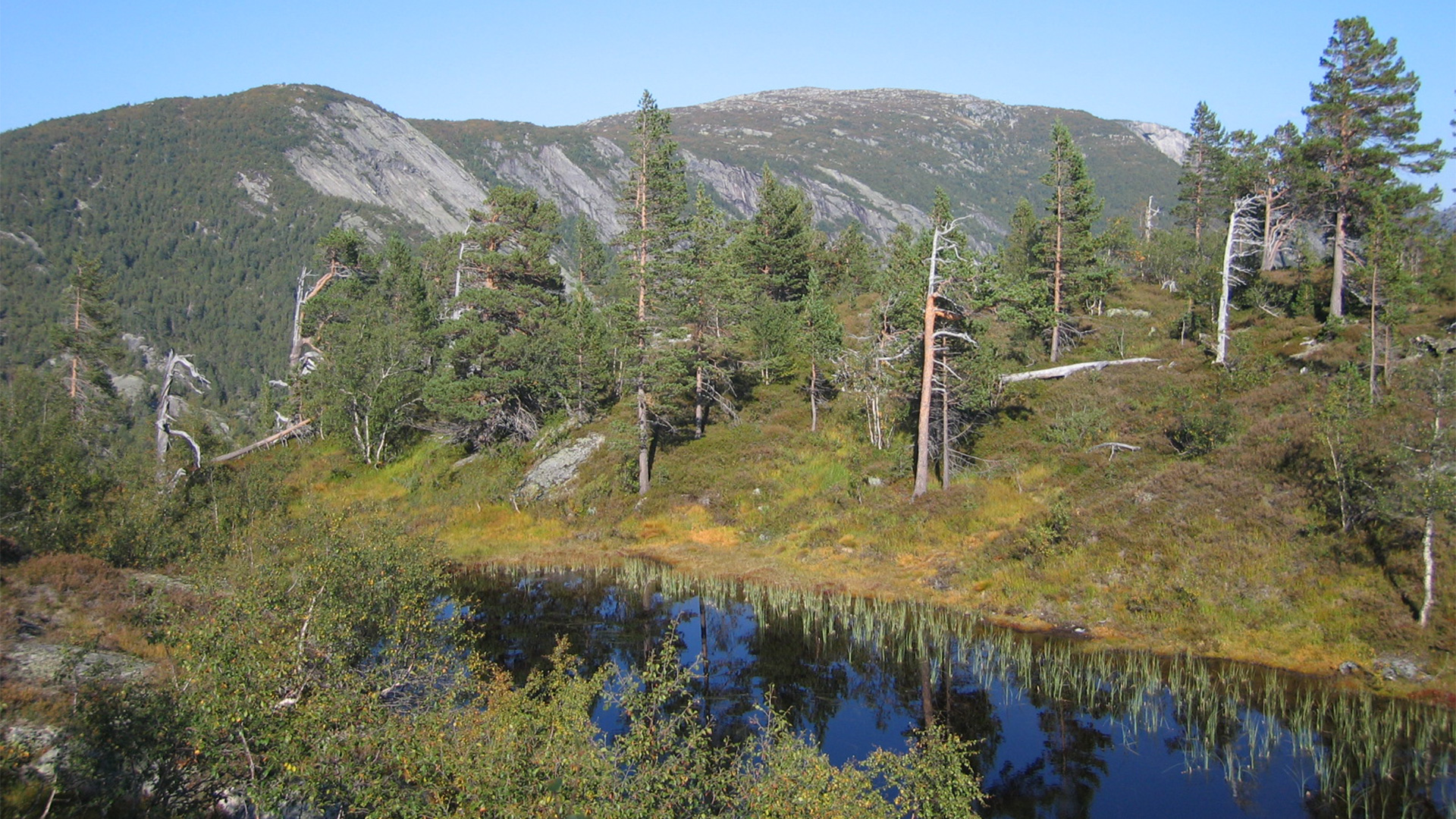 The nature reserve is located in the southern part of Bykle Municipality and borders Ljosådalen Nature Reserve in the south and Steinsbuskardet – Hisdal Biotope Protection Area in the north. Hisdal Nature Reserve was protected to safeguard the remains of giant pine forests. This area is home to many old, large pine trees that play a particularly important role in safeguarding biodiversity related to old pine forests. There is also a very important wild reindeer calving area in Hisdal Nature Reserve.

The old cultivated fields surrounding the farms are becoming overgrown, and this will eventually change the biodiversity found in the area. Overgrowth together with intense grazing pose a challenge for the plant species called mountain arnica. People visiting the area and traffic may deter wild reindeer from using the calving grounds. Currently, however, traffic is considered to be so limited that it does not prevent the wild reindeer from using the area.

The nature reserve is dominated by poor types of vegetation such as heather, bog bilberries and blueberries. There is richer birch forest with elements of low-growing herbs and ferns on the steeper hillsides and especially around the mountain farms. Up towards Hisdalsfjellet mountain, visitors will find the richest areas including species such as red campions, wild strawberries, harebells, bearded wheatgrass, wood millet, common dog-violets, wild basil and pale sedge. On the steepest and richest sections, one can find spotted hawkweed, catsfoot, northern hollyfern and large amounts of pyramidal saxifrage and rose root. The red-listed mountain arnica can be found several places in the old cultural landscape around the mountain farms. The species has been in decline in recent years as a result of the area not being grazed and cut as it was in the past. The vegetation was cut each year in these areas which ensured that these vulnerable plants were not dominated by other species.

Birch is a common species of tree in the area. Pine trees dominate the areas of hills south of the mountain farms and can also be found scattered around in smaller numbers. Dead pine trees that are both standing and fallen are particularly important elements for a variety of decomposers and insects.
Hisdal Nature Reserve is rich in wildlife, especially willow ptarmigan and black grouse. Rock ptarmigan can also be found at the top of the highest mountains. Capercaillies can found in the forested areas in the low lying parts of the nature reserve. Golden eagles have nesting sites in the nature reserve and the entire protected area is part of their territory.
Wild reindeer are found in Hisdal throughout large parts of the year and the area is an important part of their calving area. During early spring, the wild reindeer often migrate down to the areas around the mountain farms to graze.

The area also provides good habitats for both moose and red deer, the best of which are the low lying parts of the protected area. 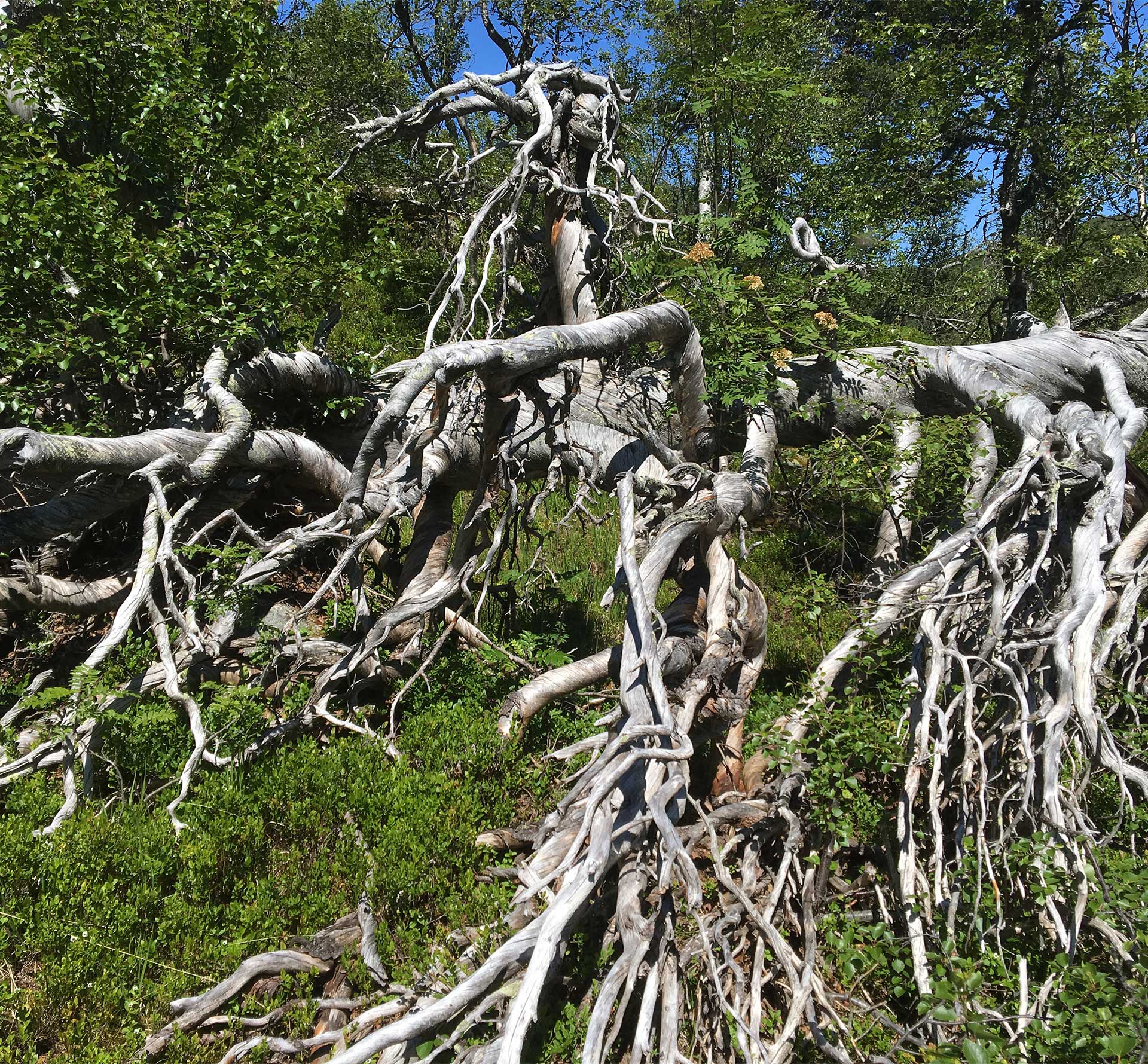 The two farms at Store Hisdal were first crofter’s farms. They both became independent farms from the middle of the 19th century. There was a dairy at this location during a short period of time at the beginning of the 1900s; Søren Lund’s goat cheese dairy. To get to the farms, one had to take the bridle path up Norheii. In 1948, a road was built up from Moen near Trydal, but both farms stopped operations shortly afterwards. At the two farms, there are currently two log farmhouses, as well as outbuildings, a sauna and a grinding mill. The remnants of old mountain farm buildings can be found in many places in the protected area. In the river east of Dipleåsen, there are also traces of an old sawmill.

When the farms were in full operation, the surrounding fields were intensively grazed by cows, sheep, goats and horses. Much of the area became rather bare because of the intense grazing. Today, however, the same area is home to birch forests. 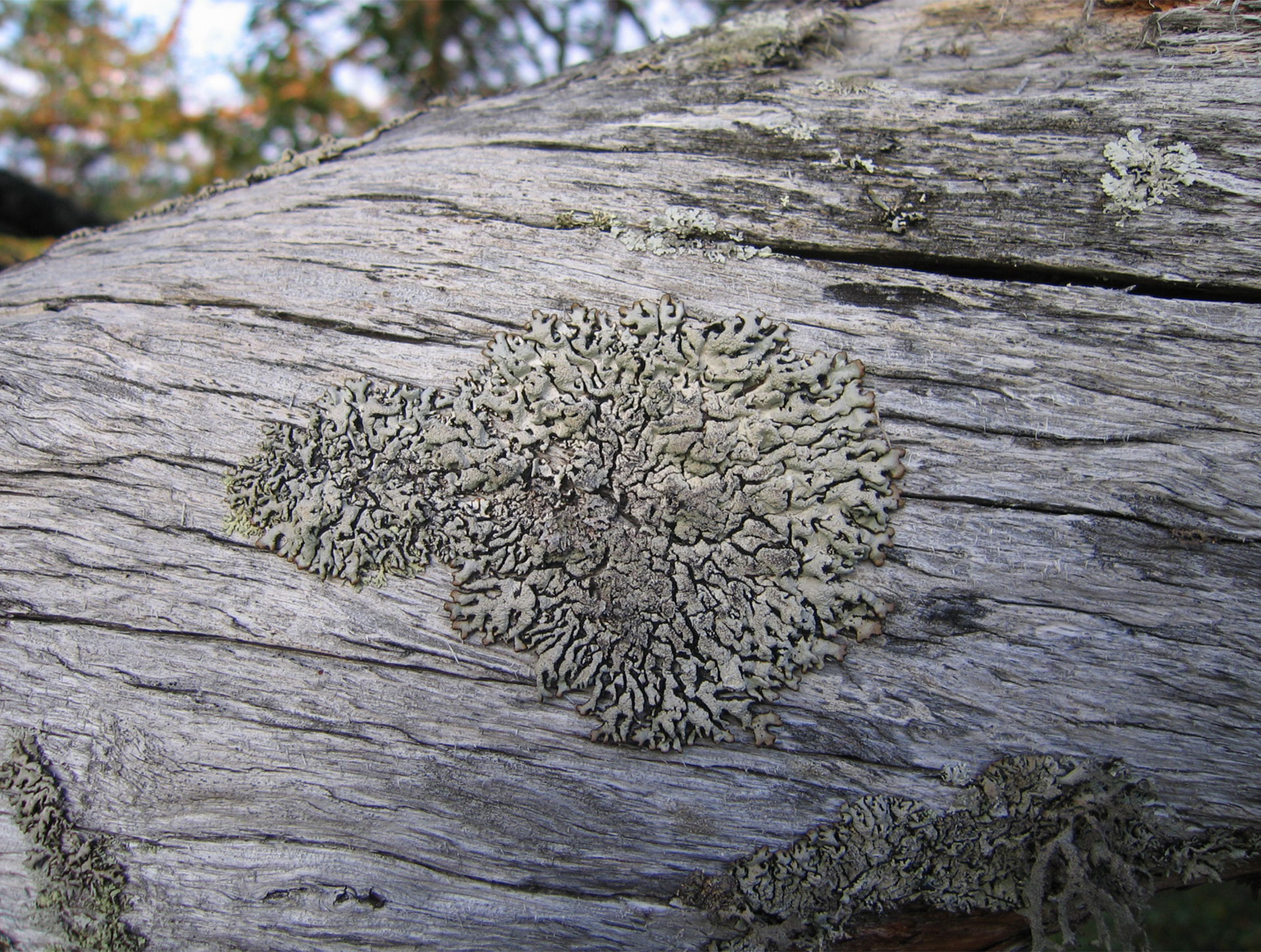 None of the farms currently hold livestock, but sheep continue to graze in the area. In recent years, the landowners have put in a lot of work to maintain the cultural landscape around the farms, as well as to protect the mountain arnicas found in the area. There is a history of moose, red deer, reindeer and small game hunting in the hills surrounding the farms. Just below Voilenuten mountain, a hunting cabin has been built to replace an older building that was demolished. Flottebu summer mountain farm is also located in the protected area

In terms of major technical encroachments, there is a road that runs through the area from Trydal. A high-voltage power line also passes through the protected area.