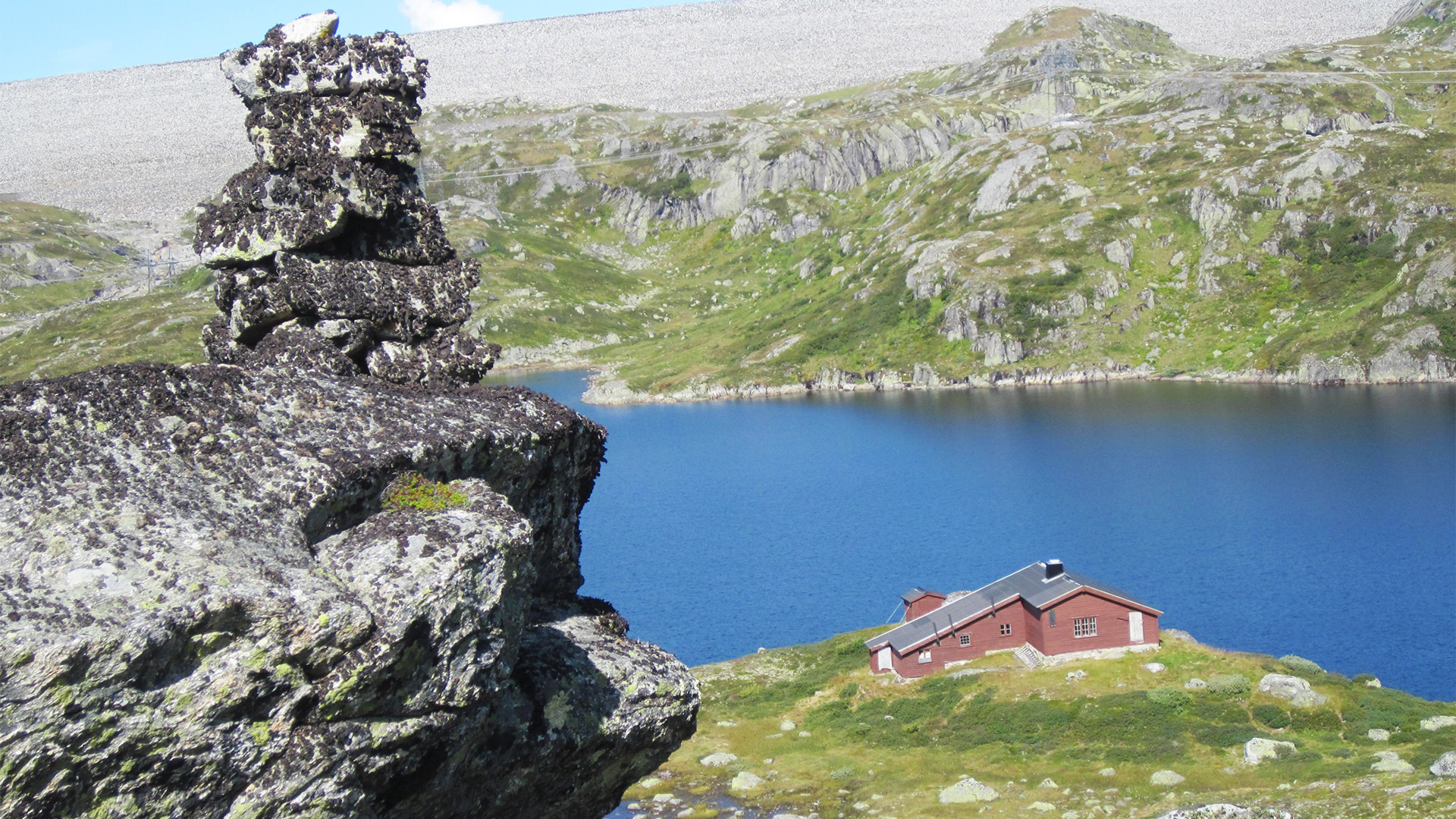 Steinsbuskardet – Hisdal Biotope Protection Area was established in 2000, at the same time as Setesdal Vesthei Ryfylkeheiane Protected Landscape was established. The entire protected area is 36.3 km² and is located in Bykle Municipality.

The biotope protection area was protected to safeguard a particularly important wild reindeer habitat, including migratory routes and calving grounds. In the western parts of the protected area is one of the last remaining places where the wild reindeer can migrate between the northern and southern parts of Setesdal Ryfylke Wild Reindeer Area.

Despite the strict traffic and travel restrictions, the migratory route east of Storevassdammen hasn’t been used that much by the wild reindeer in recent years. The area where the wild reindeer can migrate through is particularly limited as a result of encroachments from hydropower development. The remaining corridors are particularly vulnerable to disturbance. There is relatively little traffic in the area, but it might still be enough to deter the wild reindeer from migrating through the area. Encroachments and traffic further to the northeast towards Store Urevatn lake may also lead to fewer animals using the migratory zone in the biotope protection area.

Visitors can find many plants that depend on the cultural landscape around Brotteli Farm. Many of these are making a comeback as a result of less grazing and haymaking.

It is common to see both red deer and moose on the lush slopes around Botsvatn lake. In the spring, they often visit the old cultivated fields that surround the farm buildings at Brotteli and Dysje to graze. Wild reindeer cross Steinsbuskardet from time to time, but they are normally seen on the outskirts north and south of the valley.
When the calving season approaches, many female reindeer migrate to the calving grounds in the eastern parts of the biotope protection area towards Hisdal valley.

A rich birdlife can be found on the hillsides around Botsvatn lake and the valley westwards to Storvassdammen. The golden eagle is one of the larger birds of prey that can be seen in the area. Other typical species are willow ptarmigan, redshank, European golden plover, bluethroat, willow warbler, northern wheatear and meadow pipit. Rock ptarmigan can be found on the highest and most exposed peaks over the valley. It is common to see both capercaillies and black grouse in the lower lying eastern areas of the biotope protection area and further in towards Hisdal valley.

The lushest areas can be found close to Botsvatn lake with some elements of birch forest and tall forbs. Wavy meadow-grass, tufted alpine saxifrage and bird’s-foot-trefoil can be found in the vicinity of Brotteli. In other places, one can find pyramidal saxifrage, highland saxifrage, European goldenrod, the small-white orchid, meadow buttercup, alpine hair-grass and northern bentgrass. Several species of willow are also common such as downy willow and woolly willow. Finally, we mustn’t forget cloudberries that thrive on the marshes and in damp areas. 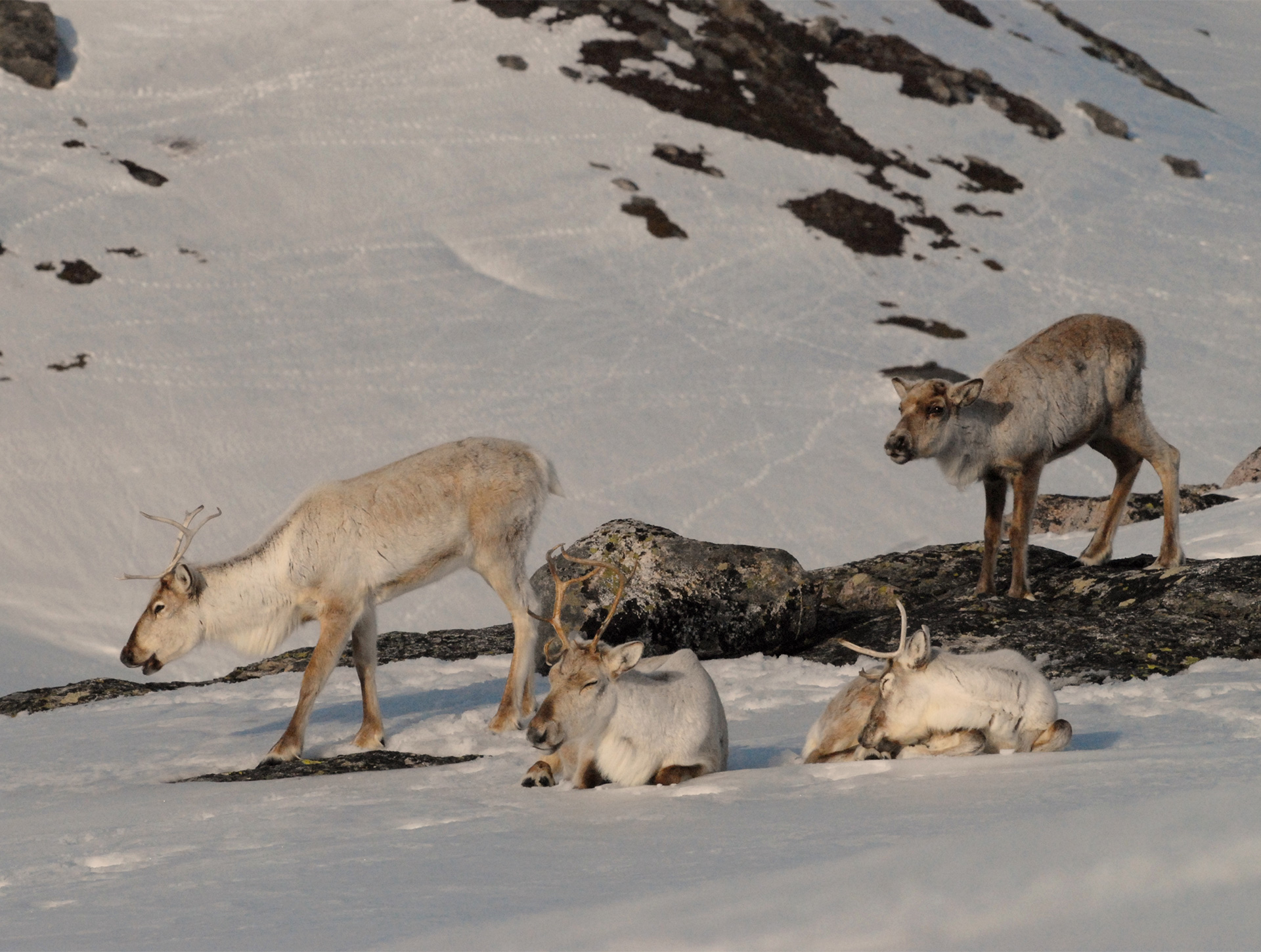 Due to the area’s central location in relation to the wild reindeer migration, the area has been used for hunting and trapping since the Stone Age. This is reflected in certain place names such as Dyrskard and Dyrestigen (dyr meaning animal). A Stone Age settlement and four pitfall traps have been recorded at Vestre Gyvatn lake within the protected area. Archaeological finds have been made close to Botsvatn lake indicating that there was a settlement in the area as early as 2000 – 3000 BC.

An important trade and farm road also ran through the valley between Bykle in Setesdal valley and Førre at Jøsenfjorden in Ryfylke. Traces of this old road can still be seen in some places.

There used to be several farms and settlements at Botsvatn lake. Many of these were lost when Botsvatn lake was dammed in 1978. Brotteli Farm is located at the innermost part of Botsvatn lake. There has been a settlement at Brotteli from the Middle Ages all the way up to 1955. The farm is located in a shady place doesn’t receive sunshine for half of the year. However, the growing conditions were good when the sun finally arrived. The farm grew corn, and berry bushes such as red currants, gooseberries and blackcurrants provided important additions to the diet. At the beginning of the 20th century, there was both a dairy and a tourist station at the farm. From 1907, the entire farm was part of Njardarheim and owned and managed by Statskog.

Today, just two buildings remain on the farm. The farmhouse was restored in the 1980s and remains in good condition. There is an additional farmhouse with a hay barn and a built-on barn and servants’ room. The oldest logs are from 1759. The building is rather dilapidated and there is not much holding it up. 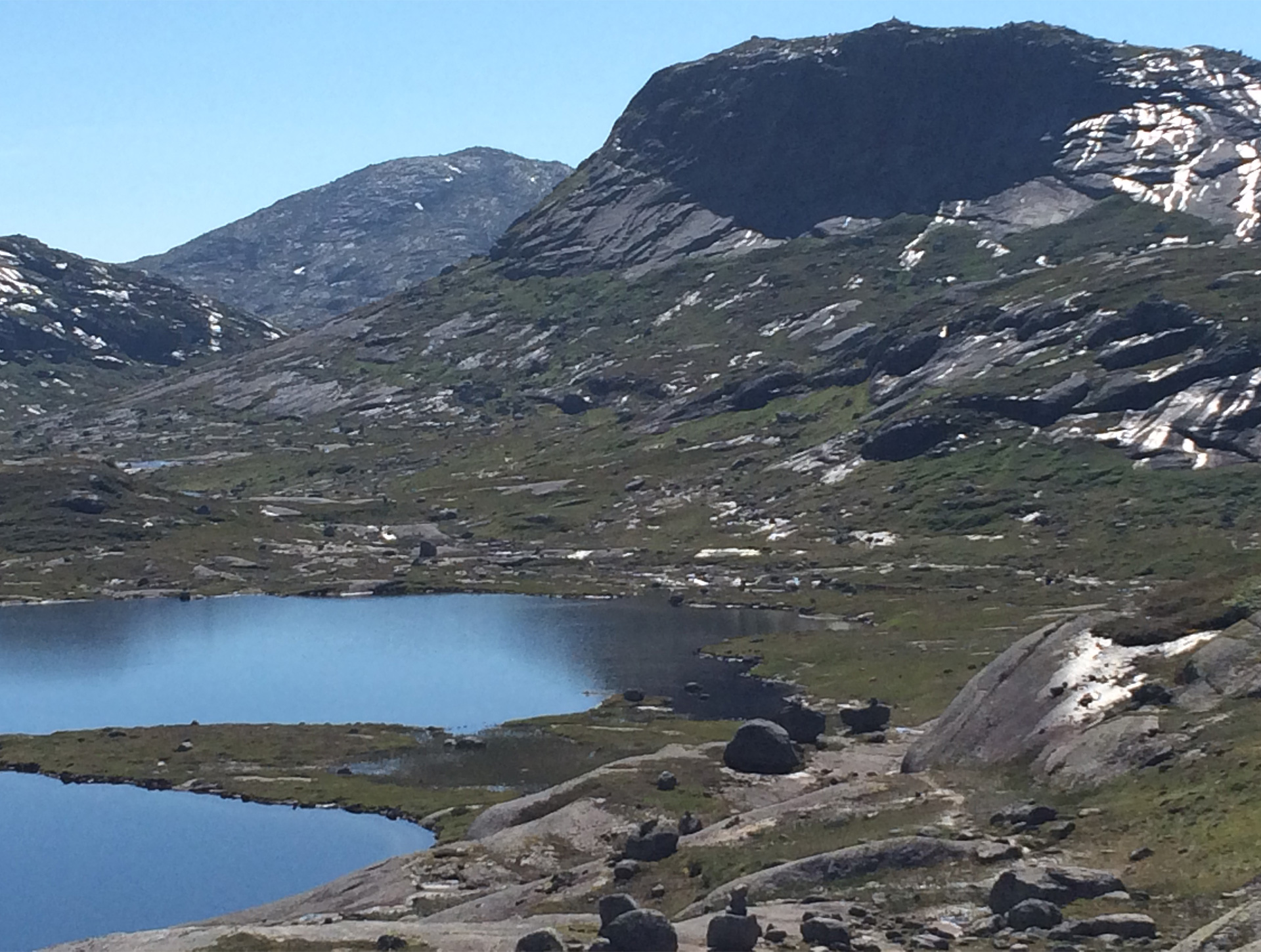 The biotope protection area has been greatly affected by encroachments from the hydropower development that has taken place in the area. To the west is the 90 meter high and 1.4 km long Storevassdammen dam at Blåsjø lake. Both the dam and Blåsjø lake are elements that very much dominate the landscape. Two large power lines run through the protected area. Botsvatn lake is located to the east and has a regulation height of 66 meters. There is a construction road that leads to Storevassdammen from the west.

Travel restrictions do not apply as long as you follow the waymarked trail or construction road to Storevassdammen. The waymarked tourist trail between Viki at Botsvatn lake and Sandvasshytta cabin also crosses through the southeastern part of the protected area. Not many people use the tourist trail. 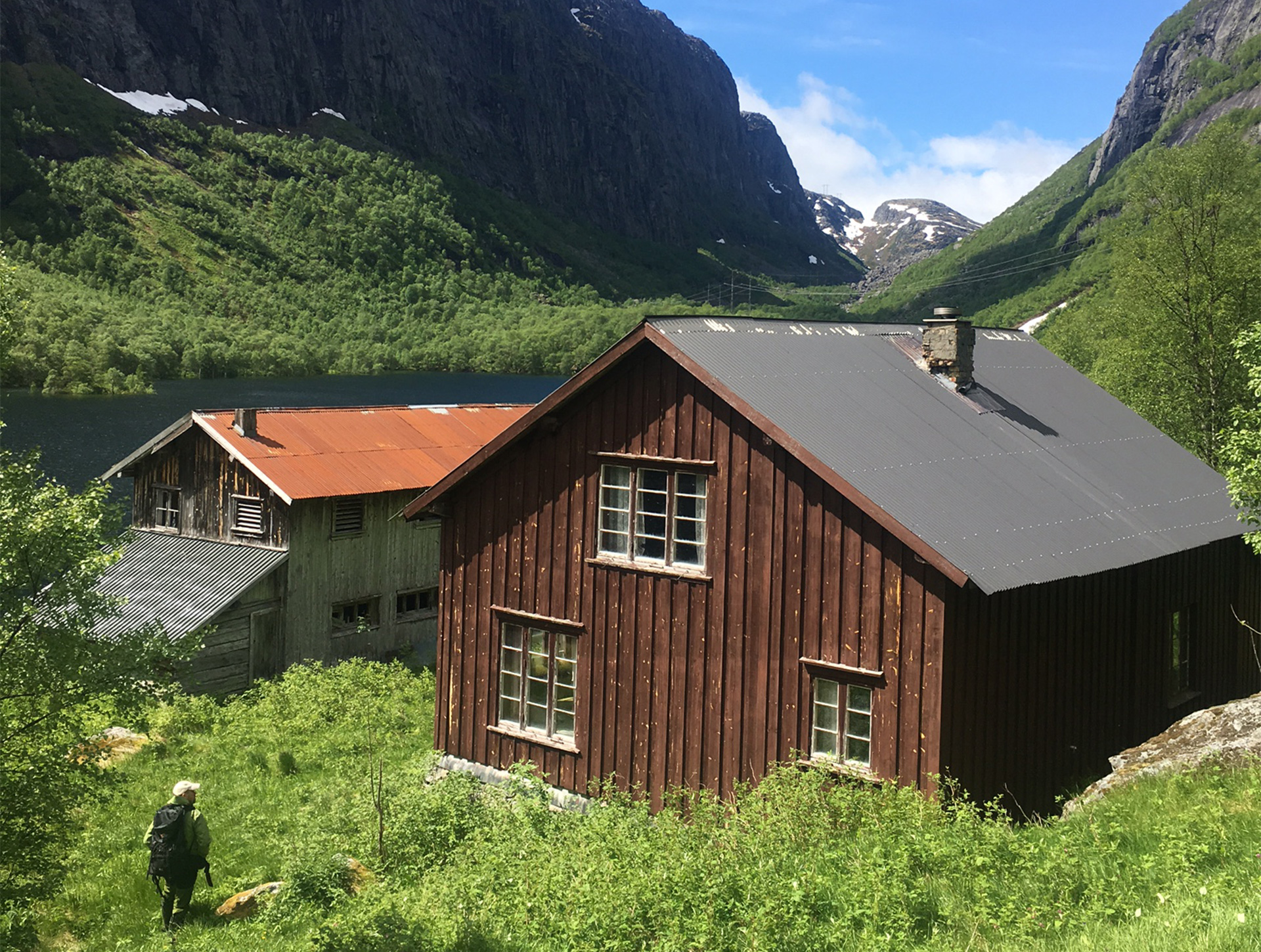